Silence Amidst the Horror 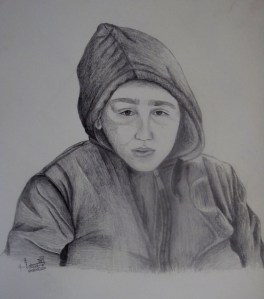 I am sitting so close to my mother, expecting anything to happen any time. I hate to listen to the radio but I have to. The Radio announcer keeps repeating the same sentence again and again “People, try to take as much caution as possible!” What a silly call! Who knows where is or is not a safe place in Gaza during war time? All I want right now is to see my family members around me. I keep moving my eyes over and around them. They are totally silent but features of worry and fear are easy to make out on their faces. “It sounds like another war” mum said. I just looked and listened in silence, and continued pressing the keyboard buttons. I feel cold like never before. I feel so much in need of a blanket or a sweater but two things stops me from that; my legs and my lips. I can’t break my silence as well as my stiffened state. Nothing but my fingers are moving.

I laughed at myself as I remembered how I bolted down in a flash from the second floor to the first floor where my family stays. Fear takes over, pushes you further. Subconscious strength drove my legs to gather with the others—the safest place I can be. Suddenly, I stopped writing. I couldn’t see anything around me, all colors are unclear. A series of flashbacks from the last war on Gaza that were buried somewhere in my absent memory have reemerged. The sound of war planes is getting louder. The sirens of ambulances are still ringing. I wish I can move and bring some cotton to close my ears. This is the only time when I envy the deaf. “7 children are injured!” the announcer said. I felt as if somebody had thrown freezing water over my face so strongly that it sounded like a slap, though I remained unmoved and unconscious to it.