The Story of My Birth 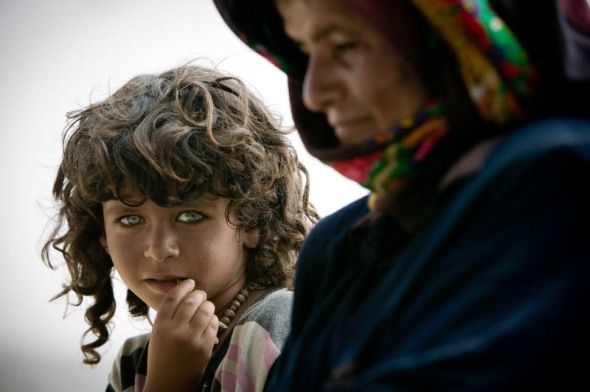 I am a third-generation refugee, born and raised in one of Palestine’s largest refugee camps, Jabalia, originally from Beit-Jerja village, my grandparents’ evergreen home which they had to flee under Israeli fire in 1948.

I was born a survivor- my mother’s labor occurred during a curfew that Israeli military forces imposed on Jabalia Refugee Camp from which first intifada erupted a few years earlier. While fearing for her life and her yet-to-be-born child, she walked through Jabalia refugee camp’s alleys, leaning on my grandmother who held a white piece of cloth in one hand and a lantern in the other, hoping for mercy from the Israeli soldiers who were indoctrinated to shoot ever moving being. Our family home then was one-kilometre away from the UNRWA clinic in Jabalia. There was no ambulances, no phones, and the whole neighbourhood was under blackout. “While pointing their guns at us, unscrupulous Israeli soldiers obstructed our way,” my mum recalled, “They harassed and interrogated us even though I could hardly stand.”

My mum’s memories of the day of  my birth cannot easily be forgotten. My father couldn’t be around around her as an ordinary husband. The thirteen years of suffering that my father spent in Israeli jails were not enough for those terrorists.  My dad had been sentenced to seven lifetimes plus ten years, but thankfully, he was released in the 1985 prisoner exchange after serving ‘only’ thirteen.

My father was born 4 years after Nakba to dispossessed parents in Jabalia Camp where refugee families survived on nothing but the dream to return. He was 15 when the Gaza Strip alongside the remainder of Palestine fell under the Israeli military occupation in 1967, and when he spent his first 2 months in jail as a child prisoner. At the age of 19, he was sentenced to seven lifetimes plus ten years. Each life sentence for a Palestinian equals 99-year-prison-term. Had he not been released in the 1985 prisoner exchange, he could have spent a total of 703 years in Israeli jails – my mother, my siblings and I would have been a dream buried alongside him in jail – a horrifying thought that haunts hundreds of Palestinian prisoners in Israeli custody.

In fact, my dad was never free. He was restricted in his movements and always anticipated his house being vandalised to rearrest him. They deprived him of the basic right of a husband, sharing with his wife some of the most difficult and intimate moments of pregnancy. She brought me into this life, where safety, freedom, and justice are denied. Assisted by my grandmother, she returned home as soon as she recovered so my father could hold me. They defiantly celebrated my advent, but in Palestine no smile could ever last.

”In the middle of the night, a month after your birth, a huge force of armed Israeli soldiers suddenly broke into our home, damaging everything before them,” my Mum recalled. “They attacked your father, bound him with chains, and dragged him to the prison, beating him the whole way.” The happiness of the new baby – me – didn’t continue for the whole family. My mum could breastfeed me until then; her grief ended her lactation.

My dad was held for six months under administrative detention, without any charge or trial, an arbitrary procedure that Israel has used against tens of thousands of Palestinians since 1967. Prior to this time, my father served this term two times during my mum’s pregnancy with my elder two siblings Majed and Majd. Although one can hardly find a positive side to their traumatic experiences, they used to amaze me by the jokes they made around my mum not needing to go on birth control, because my dad’s detention acted as such.

The day my father got his freedom back, six months later, my mum was awaiting him as if she knew he was coming. He couldn’t believe how big I was after seven months: he couldn’t stop hugging and kissing me for even one second. That time was the last time my father was taken away from him family, but my parents never stopped worrying over the future of their children whose safety they couldn’t guarantee under the Israeli colonial occupation.

Writing about my childhood experience brings a lot of tears, especially that this story is common across Palestine. Every Palestinian child is convicted to a life of uncertainty and oppression without having to commit a crime. Being a Palestinian is our only offense.

Two years after my birth, the Intifada of stones ended marked with celebration of victory and illusions of autonomy which the Palestinian National Authorities brought after signing the Oslo peace process with Israel in 1993. But this happiness or illusion, yet again, didn’t last. Another Intifada began in 2000, declaring the death of Oslo which acted as a cover for further Israeli dominance over Palestinian lands and lives. In 2000, I was 9 years old stuck with children of Palestine in a seemingly never-ending cycle of violence.

In Palestine, no smile can last as long as Israel carries on acting with impunity. However, In Palestine, no one seems to give up dreaming of a brighter future for Palestine, in a just peace that will guarantee us with freedom, justice, dignity and return

This entry was posted on June 7, 2010 by Shahd Abusalama. It was filed under Life in Gaza, Stories from my father's life and was tagged with Administrative detention, Gaza, IOF, Israel, Israeli Occupation, Israeli Prison Service, Jabalia Camp, Palestine, Palestinian Political Prisoners.