Photos: In my first morning outside home after the attack on Gaza, I saw a rainbow

The people of the Gaza Strip returned eagerly to their ordinary lives right after the attack ended. But still, their happiness was incomplete with much loss among their souls; with many dreams killed before they even blossomed. They couldn’t fully be happy with so much painful scenes from the 8-day attack; reflected in their memories and with the sense of insecurity that Israel left them with. They knew Israel would violate the agreement any moment—which is what actually happened.  Four people lost their lives after the truce and many violations were reported against Israel.

However, they didn’t allow their pains and fears to stop them from celebrating, to depress their spirits. Out of their sufferings, they have found a gateway to more hope.  They believe that a day shall arrive when she shall overcome all these obstacles and they keep faith in their just cause. Their pains turned into more willingness to sacrifice and determination to keep fighting for their justice and the justice of every Palestinian killed. They turned their suffering into a level of positive energy anyone can imagine. They filled out Gaza’s streets and chanted with a united voice for freedom.

Personally, it has taken me quite a while to recover. I can still feel my body unconsciously shaking and I would frequently wake up from nightmares with a scream of horror. I found it difficult to concentrate on my studies nor fully enjoy being in the presence of my friends or family’s company–I would be physically with them but mentally somewhere else.

Soon after the attack ended, I had to go through another sad event–having to say goodbye to another best friend that has been a main source of comfort and security in these times of difficulties. Very early in the morning, at 7:00 am on November 26, I left my house to greet him one last time before he traveled. It was a very sad feeling that I was going to part with another close friend without knowing when I would see him again, especially after I already experienced this with my two sisters who traveled about a month earlier.

However, on this day that was depicted to me as another black day in my life, nature opened its arms to wrap me with warmth as I saw a rainbow. I was amazed when I saw that beauty in Gaza’s sky. It felt like God wanted to convey to me through this rainbow that things will be alright. This rainbow filled my heart with peace, warmth, tranquility and happiness. Luckily I had my camera then and I had the opportunity to commemorate that exceptional natural scene that I haven’t seen for long time.

PS: I apologize that I didn’t share this breathtaking scene with you earlier, but I was very occupied with too many things. 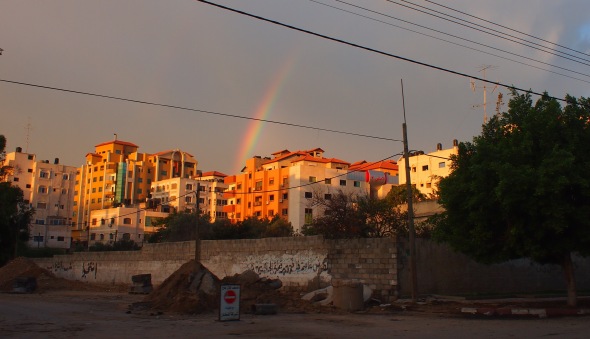 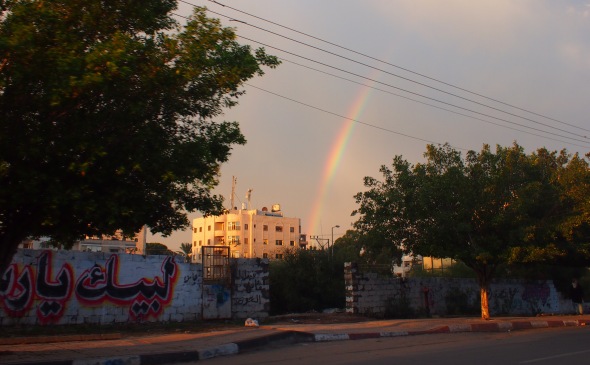 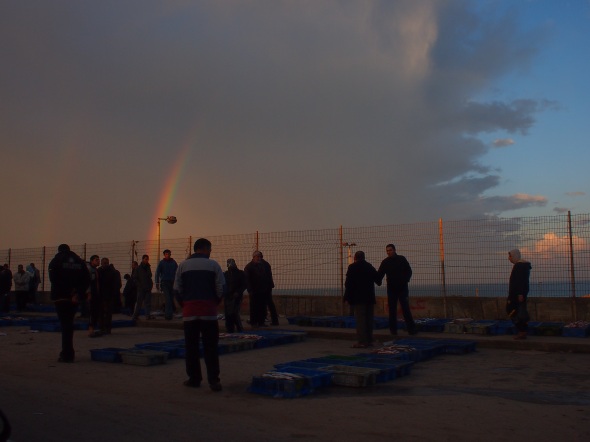 A rainbow captured at Gaza’s beach 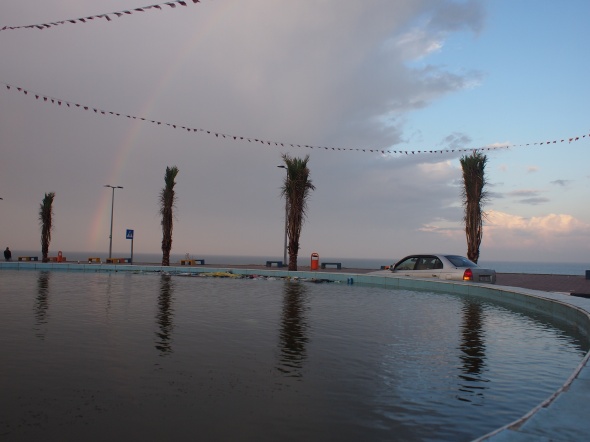 This entry was posted on December 9, 2012 by Shahd Abusalama. It was filed under Life in Gaza .