What was supposed to be a wedding ended up a funeral 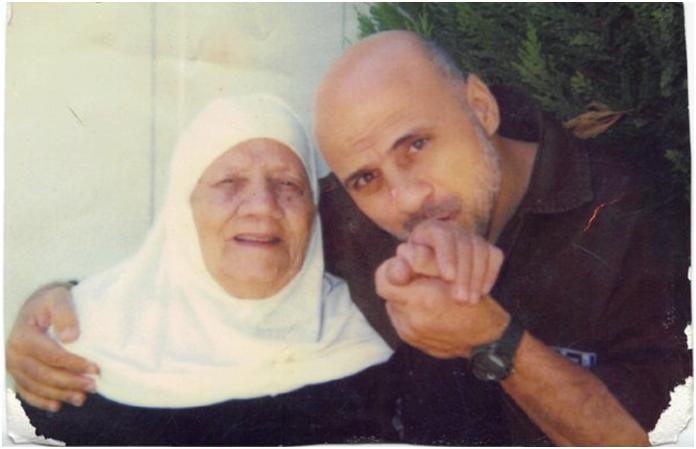 Samer and his mother

“Samer will get engaged!” My friend Loai said with a big laugh. “Oh my God! Really? When?” I burst out with an endless list of questions and exclamations in my head.

Samer Abu Seir is an ex-detainee who was released in Shalit’s prisoner exchange and deported from Jerusalem to the Gaza Strip. Getting married should not be surprising for a single man at the age of 46. However, Samer is one of the few released prisoners who was cautiously considering getting married especially after he spent more time in the Israel jails than he spent outside. I remember when I first met him and asked him how long he had been detained and he answered me sarcastically, “Nothing! It was only a matter of 24 years passed like a blink of an eye.”

He always thought that he needed time to keep up with the updates of the outside world that occurred without him noticing. He always felt that he needed to be accustomed to seeing the blue sky, the green trees, the crowded buildings, walking on Gaza’s beach and feeling its breeze smoothly hitting his cheeks, instead of being under that dark-gray ugly ceiling, in a narrow jail, and between the same four surrounding walls where neither sunshine nor air could sneak in.

“What was the reason behind this sudden decision?” I asked. “His 83-year-old mother is in a grave situation,” Loai replied. “He rushed this just to make her happy, so if she dies, she can rest in peace.”

Samer has grown up fatherless. He lost his father when he was a little child when he was away in Jordan. His widow mother had raised him along with his other two brothers and two sisters by herself. He thinks the whole world of her. She is a symbol of motherhood who had raised her children on the noble values of love, dignity, and sacrifice for Palestine. She believed that there is always a price for everything you fight for, and she has instilled these beliefs in her children. Samer and his family have paid the price in many ways. The simplest example of pain that he has always endured was that his family never gathered for a meal. There was always at least a member missing.

Samer had always suffered the ban of family visits for long periods, especially during his detention in solitary confinement for 3 years and a half. These times were the most difficult that Samer lived inside prison as he constantly kept thinking about his mother and fantasizing how her wrinkles beautifully spread in her beautiful loving and peaceful face. The family visits were his only connection with the outside world. Once a family visit ended, he eagerly waited for the next one.

Moreover, Samer had always led unsettled life in prison as he was moved around to every one of Israel’s prisons. Samer’s constant thinking of his mother made it more painful for him to tolerate such inhumane practices of the Israeli Prison Service (IPS). Samer’s mother never let that or any of the humiliating actions she received from strip searches and insults hold her away from having 45-minute meeting with her son through a barrier between them.

Even after Samer was released, she didn’t stop suffering. She handled the pain of Samer’s 24 years of imprisonment without complaining, and then she kept suffering the pain of him being forcibly deported away from her. This is another violation of Article 49 of the Fourth Geneva Convention which prohibits deporting people within or outside the occupied territories.

While thinking about Samer’s motive to get married, I recalled his cute old mother who arrived to Gaza almost a week after the prisoners’ exchange, challenging her age and deteriorating health condition. Last November, I joined my family to a celebration of freedom where almost no one was taking seats, all people were happily performing Dabka, the folk dancing of Palestine, and waving Palestinian flags as revolutionary songs were playing loudly in the background.

There, my eyes fixed on an elderly woman wearing the Palestinian traditional dress. She could barely walk or stand but her happiness gathered all the strength inside her to dance slowly and erratically. My eyes were following her with joy and wondering who she was. I asked Dad about her. “She is Samer’s mother. Wherever you see her, she is dancing. When she gets out of the car, she dances. when someone visits her at home to congratulate her with her son’s freedom, she dances. Look how happy she is!” Dad answered smilingly. “She reminds me of your grandmother who was just like that when I was set free. All the Gaza Strip would hear of my freedom because of her. She’d be dancing and singing songs of freedom wherever she went.”

Samer was enthusiastically going to officially get engaged today’s evening and let his mother declare his engagement from Jerusalem through Skype. But destiny stood against his intentions of making his mother happy. Sadly, this morning he woke up on hearing the news of his mother’s death and what was to supposed to be a wedding turned out to be a funeral.

I am thankful that at least she lived long enough to celebrate her son’s freedom. This reminds me of another story I wrote last December of a mother of two former prisoners who have been deported from Hebron to Gaza, and who died a week after she arrived to Gaza and wrapped her two sons between her arms once again. Please say a prayer for Samer and his family.